Scout School-Camp: In The City of Yaroslavl, Russia 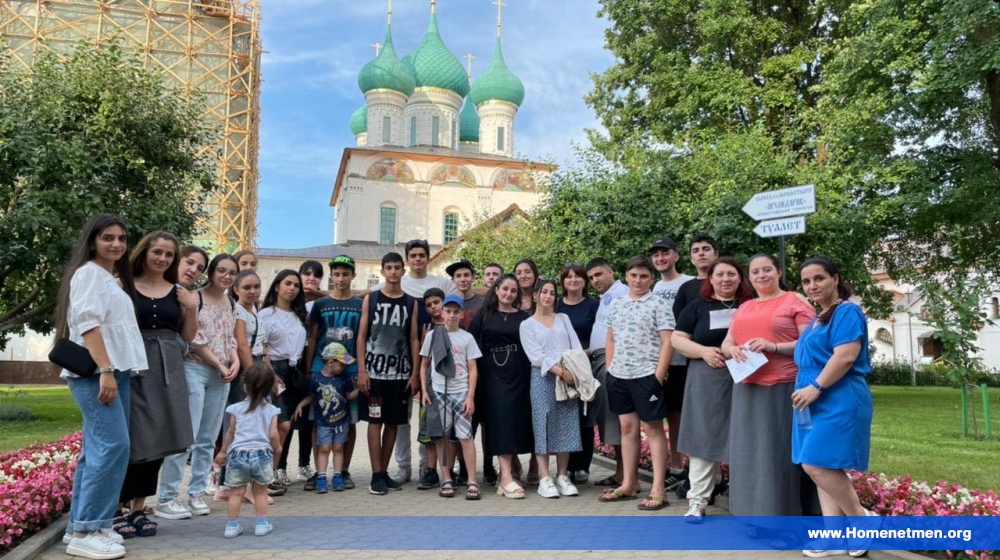 On July 16-18, at the initiative of the Homenetmen Moscow Megousi Chapter Executive Board, the “Nayiri” Armenian Community Organization in the Russian city of Yaroslavl hosted a scout school-camp, which was attended by about two dozen scouts from Moscow, Yaroslavl, and Pereslavl.

The program of the first day of the school-camp mainly included national, historical and cultural topics.

Arsen Baghdasarian, representative of the Armenian community in Yaroslavl, gave an interesting lecture on the Artsakh issue, the recent war and its aftermath.

Susanna Naltagian presented the importance of the image of a national hero in the national upbringing of generations, and made a special reference to the founder of the First Republic, Aram Manougian, and the hero of the first Artsakh war, Garod. Naltagian also gave a lecture on the Armenian Genocide organized and carried out by the leaders of Ottoman Turkey in 1915, and she also addressed the reasons for the emergence of the Armenian Diaspora.

In his turn, the Chairman of the Board of the Homenetmen Moscow Megousi Chapter, Yeghpayr Antranik Arusdamian presented the role and significance of Armenian organizations in the Diaspora in preserving the Armenian identity and community life, and protecting the rights of Armenians, as well as supporting the homeland. He noted the unique role of Homenetmen in these missions.

The next two days the scouts were given theoretical and practical knowledge about scouting.

Kouyr Kohar Zartarian, scout’s general Leader of Moscow Megousi Homenetemen Chapter, gave detailed information about the Homenetmen organizational structure, the significance of the positions, ranks, and titles.
The scouts took an active part in organizing a "camp", making a plan and a corresponding budget. They also took part in a reconnaissance campaign and gained lots of knowledge about scouting. On the other hand, entertaining activities made the routine life of the participants more memorable and unforgettable.

On the second day, Rafael Avedissian, President of “Nayiri” Armenian Community Organization in Yaroslavl, invited the participants to spend an unforgettable time on the banks of the Volga River. The participants danced and sang national hymns.

Participants also visited historical and cultural sites of the city of Yaroslavl.