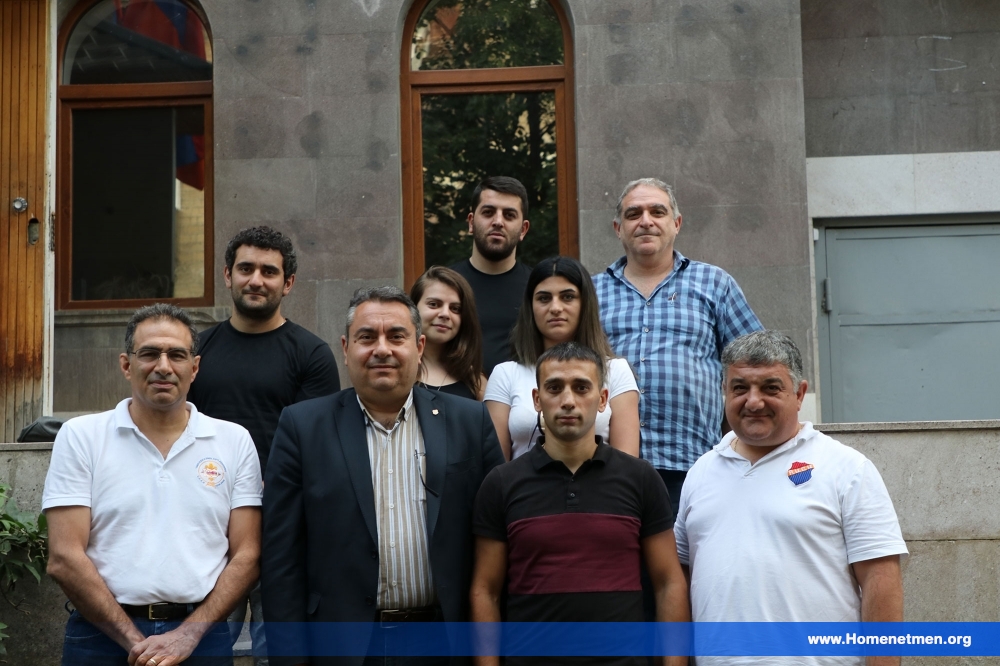 On Sunday, July 18, 2021, a delegation representing the Homenetmen Central Committee and led by the Chairman of the Central Committee Yeghpayr Vatche Najarian, members Yeghpayr Oshin Piroumian and Yeghpayr Tavit Hagopian, and Kouyr Sandra Vartanian from Homenetmen HASG, visited Artsakh and restored in Stepanakert the Megousi region, which had ceased its operations after the 44-day war.

The Homenetmen delegation met with the new Executive Board of the chapter and consulted with them about Homenetmen's future activities in Artsakh.

After the meeting, Davit Ishkhanian, a member of the ARF Artsakh Central Committee, noted that Homenetmen, as a support organization of the ARF, started operating in Artsakh in August 2019. Ishkhanian greatly appreciated the resumption of Homenetmen's efforts to cure the problems caused by the war among the youth circles in Artsakh.

In his turn, Homenetmen Central Committee Chairman Yeghpayr Vatche Najarian said that one of the main goals of Homenetmen is to provide the new generation with a healthy national upbringing and to build generations with a healthy mind and body. The chairman of the Central Committee stressed that “ The issue of the national upbringing of the youth of Artsakh is one of the main concerns of Homenetmen."

Tribute to The Martyrs of Artsakh
The Homenetmen delegation visited the Stepanakert Yeghpayragan Cemetery in Artsakh and paid its tribute to the grave of the first Supreme Council President of the Artsakh Republic, Arthur Mkrtchyan, and also to the memory of the people of Artsakh who died in the last Artsakh war.