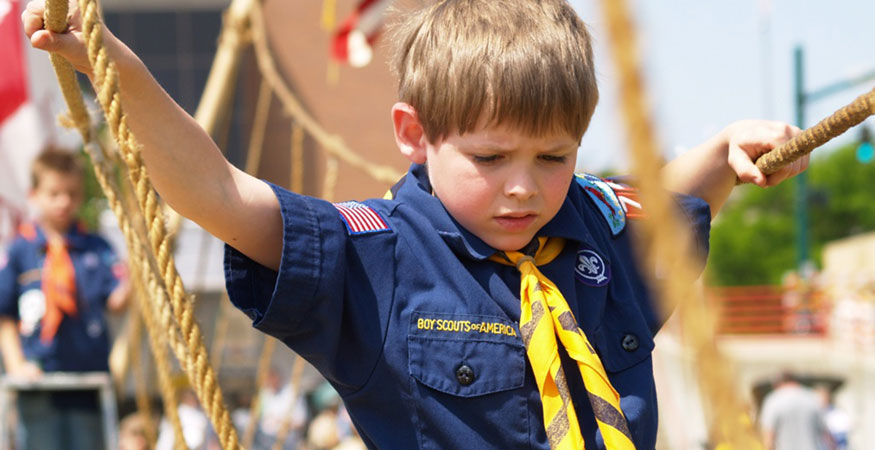 The Homenetmen slogan is “Rise and Raise”. It was coined by educator and mathematician, Bedros Adrouni.

The Rise and Raise logo is created by Stepan Agayian. At the center of the logo is Mount Ararat, with the sun shining between both of its peeks. The Araks River flows from the slopes of the mountain through the valley of Ararat. The words “Rise” and “Raise” are written in Armenian along the circumference of the circle.

The logo was first published on the cover of January 1st, 1920 issue of “Hay Scout” (“Armenian Scout”), which suggests that it, along with the slogan, was adopted in either the summer or the fall of 1919.