An important aspect of patriotism is loving those, who will one day embody the vision, hopes, and expectations of their nation. The movement that we’ve just created for every Armenian parent and every Armenian child – the Armenian Boy Scouts Movement – should become as sacred as our faith, because it is built on the principles of patriotism and morality.

Our oath should be simple and brief. The call is a national one because the good that it will generate will also become a national one. The oath is as follows: “On my honor I will do my best to do my duty to my nation and my country.” I take this oath with full consciousness, I sign under it and I ask you: Won’t you want to do the same? 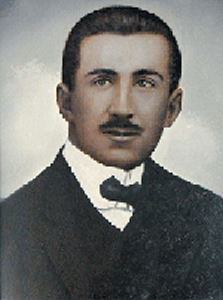 Above all else, we need to save the moral energy of the generations to come, and I do not know anything that serves this end better than scouting. Serious thinkers from all nationalities, from heads of states to university professors, appraise scouting in the entirety of its values as an important organization that aims at educating future generations not only based on the most important modern principles in education and psychology, but also on the needs of modern society.

Then onwards we go, as the dear scouts in Constantinople used to sing. Onwards and fearlessly we go dear young people. The action that you are taking is a noble one and the nation’s gratitude will be your reward. 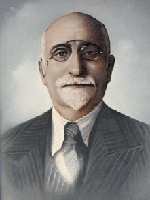 It is not without reason that the founders of Homenetmen chose “Armenian General Union for Physical Education and Scouts” as the name of the organization. The name “Sports” was simply not strong enough to convey their ideology. It is not only sports that we adopted, but also physical education in its complete and finest sense.

The anguish suffered by the Armenian people also briefly halted Homenetmen’s progress, but could not remove its good seeds. Homenetmen stands firm and embraces the future with confidence. The organization believes in itself, in its strength, in the eternity of its ideology.  It believes that one day we will have the generations that it now envisions.